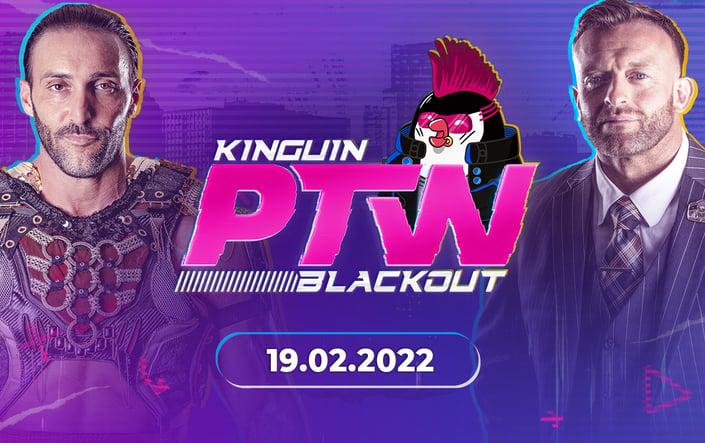 Kinguin Prime Time Wrestling has announced its second show - Kinguin Prime Time Wrestling #2 BLACKOUT, which will take place in Chorzów on February 19th. Featuring a huge roster of high profile wrestling superstars such as Santino Marella, Matt Sydal, and Nick Aldis fans will be treated to an incredible display of wrestling from start to finish, with the event also featuring a high profile title match for the prestigious German Wrestling Federation World title, currently held by Axel Tischer.

Building upon the success of Kinguin Prime Time Wrestling’s first show, BLACKOUT promises to be even more action packed with the main event featuring a grudge match showdown between Nick Aldis and Chris Masters. BLACKOUT will also feature a historic 3 vs 3 matchup with the Polish team PAKA taking on Puncher, Dziedzic and Sinister. The event will also feature commentary in both Polish and English, with Santino Marella joining up with Dave Bradshaw to make his commentating debut in Poland.

Arkadiusz Pan Pawłowski, Founder of Kinguin Prime Time Wrestling said: “It has been nothing short of amazing - the reception, the engagement, everything! With the second show fast approaching we only have one word in mind - progress! Everything will be bigger and better, and considering the impact our first show had and the attention it brought to our project, we are determined to provide great entertainment for both newcomers and returning fans. Professional wrestling is our biggest passion, and I’m so happy that we are at a point where we can share that with the world and continue to go from strength to strength as we make Kinguin PTW a truly global phenomenon!”

Robert Kalbarczyk, Chief Executive Officer at Kinguin said: “We’re so excited to co-organise this event once again to bring the very best of live wrestling back to Poland. We had a great reception to our event last year and this time we’re upping the ante with Kinguin Prime Time Wrestling’s first ever title belt fight. Additionally, thanks to English commentary, we are bringing the gala to brand new audiences and we are thrilled to continue expanding Kinguin Prime Time Wrestling internationally. We’re also adding a range of wrestling related gaming deals to the Kinguin website, so that we can celebrate our second event together with our customers.”

The event will be live on Saturday, February 19th at 19:30 CET in Chorzów for fans to attend. The tickets can be bought here, and the prices start from 30 PLN (around 7€). The event will also be live streamed for free on Fite.tv, DAZN, Sport.pl, TVP Sport, and Youtube. Polish fans will be able to catch the broadcast on local TV channels and mobile applications.