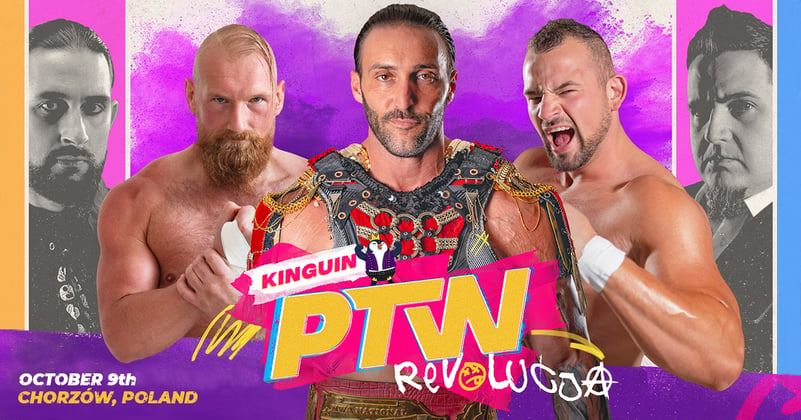 Prime Time Wrestling has today revealed details of its inaugural Polish event - Kinguin Prime Time Wrestling #1 Revolucja gala. Wrestling fans who tune into the event will be treated to multiple high octane fights, featuring wrestlers from all over the world. Fans can also attend live with ticket prices starting at 50 PLN, with tickets available to purchase online.

Prime Time Wrestling (PTW) was founded by Arkadiusz Pan Pawłowski and Marcin "Rzeźnik" Rzeźniczek, two industry veterans that have a wealth of collective experience in the sports entertainment industry. The pair have now pooled their collective knowledge and will partner with Kinguin to produce one of the most spectacular wrestling gala’s in Europe.

The event features a long-list of international and local wrestling superstars, including the globally recognized wrestler Santino Marella, who featured in the WWE wrestling universe from 2005-2016 winning multiple championship belts during his career. He will be joined by other wrestling stars such as Nick Aldis, Chris Masters and Joe E. Legend alongside a huge roster of Prime Time Wrestlers. The show will feature several high profile matches between the gladiators, bringing high energy stunts and adrenaline-fueled clashes to viewers across the world. There will also be a contract signing ceremony ahead of the show on the 8th of October, featuring key personalities taking part in the event; expect trash talk, drama and table flips as the wrestlers gear up for the one of the first live wrestling events in Poland.

Kinguin was announced as the title sponsor for the gala last week, and together with the founders are commemorating the event with unique NFT (Non-Fungible Tokens) collectible items. There will be four tiers of Kinguin Prime Time Wrestling #1 Revolucja gala NFTs available to purchase on the Kinguin marketplace - Legendary, Gold, Silver and Rare - and each NFT will feature pictures and videos of wrestlers, hosts and celebrities involved in the gala. All NFTs will also be part of a particular product series and edition, with first edition cards representing the most limited NFT available. 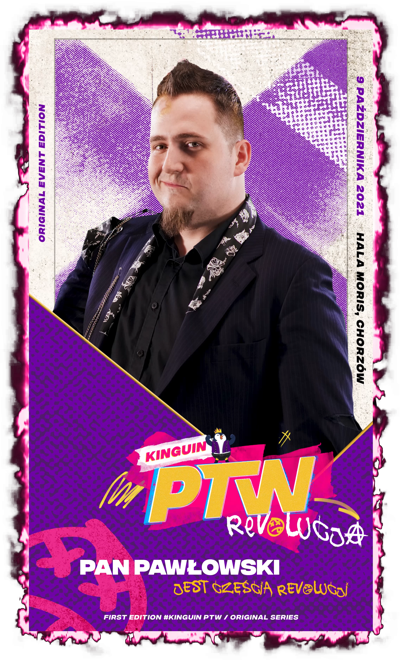 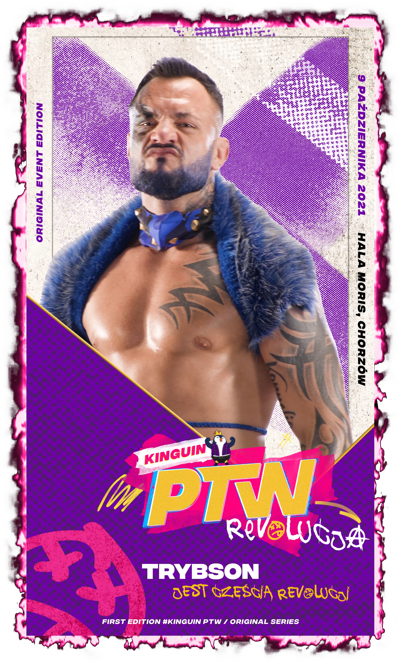 All NFTs will be minted in the form of static, collectible cards but will also feature animated versions that highlight some of the best wrestling moments of the gala. Expect to see aerial stunts, elbow drops and a variety of finishing moves all immortalized in these one-of-a-kind collectibles.

You can find out more about Kinguin Prime Time Wrestling and these unique NFT collectibles here.

Arkadiusz Pan Pawłowski, Founder of Prime Time Wrestling said: “We’re proud to be producing such a revolutionary event, showcasing some of the very best international wrestling talents and highlighting the vibrant wrestling scene right here in Poland. Kinguin is the perfect tag-team partner for the show, offering fans the chance to remember this historic wrestling event through minted NFT collectibles. We hope that viewers at home, and in the audience, enjoy watching the show as much as we enjoyed organising it.”

Robert Kalbarczyk, Chief Operating Officer at Kinguin said: “We’re really excited to be named the title sponsor for Kinguin Prime Time Wrestling and be a part of a historic event in Polish wrestling. We’re always looking for ways to support shared passions with our customers and we’re really delighted to be taking that step by supporting an international wrestling gala. We’re also really looking forward to commemorating the event with exclusive NFT collectibles, allowing fans to own some once in a lifetime memorabilia”

The event will be live on Saturday, October 9 at 19:00 CEST in Chorzów for fans to attend. The tickets can be bought here, and the prices start from 50 PLN (around 11€). Additional tickets will be available for free on Kinguin’s social channels (details will be soon on Facebook: www.facebook.com/Kinguin.net  and Twitter: www.twitter.com/kinguinnet).The event will also be live streamed for free on Sport.tvp.pl and Twitch. Polish fans will also be able to catch the broadcast on local TV channels.

Pro wrestling is a wildly exciting discipline on the borderline of sports and entertainment, a show that involves the audience in fights of unique, distinctive, and charismatic characters who fight each other to the delight of fans. Kinguin Prime Time Wrestling is an approach to create a working wrestling gala model that will be full of crazy stunts, powerful throws, unpredictable twists, and the plethora of stars known not only from the Polish arenas, but also the best federations in the world.